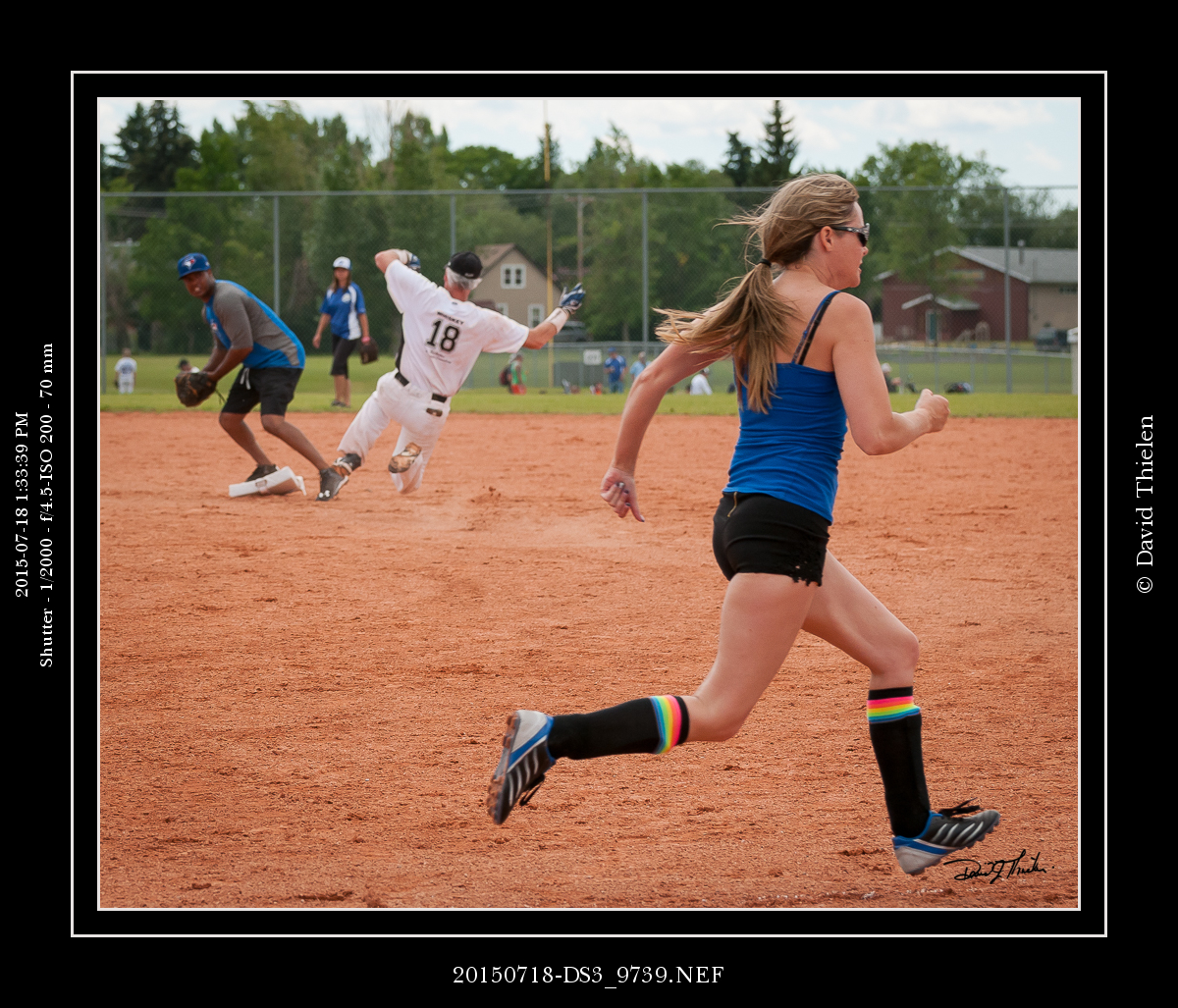 Eighteen teams participated in the fourth annual Lions Club Stan Baliant Memorial Slow Pitch Tournament over the weekend at Ponoka’s Riverside Ball Diamonds.
Tournament coordinator Irene Baliant, said that the tournament had been named after her late
husband, but was quick to point out that all of the
money raised at the tournament goes to the Lions
Club.
“The money will be used to help in the building of
a new playground at Centennial Park,” she said.
There were nine local teams and nine out of town teams that participated in this year’s tournament.
The furthest team came from Peace River in northern Alberta. Two teams were from Edmonton, then one team each from Calgary, Rocky Mountain House, Sylvan Lake, Clive, and Red Deer.
“All the teams were guaranteed four games and at least one playoff game,” said Baliant.
In addition to the baseball games, there was a homerun derby where entrants pay $10 to enter and then have three opportunities to hit the ball over the fence on the middle diamond. The money
gathered from that is split 50 per cent for the winner, and 50 per cent for the Lions Club.
Other fund raising events for the weekend included a raffle for a baseball bat, a silent auction and regular 50-50 draws. 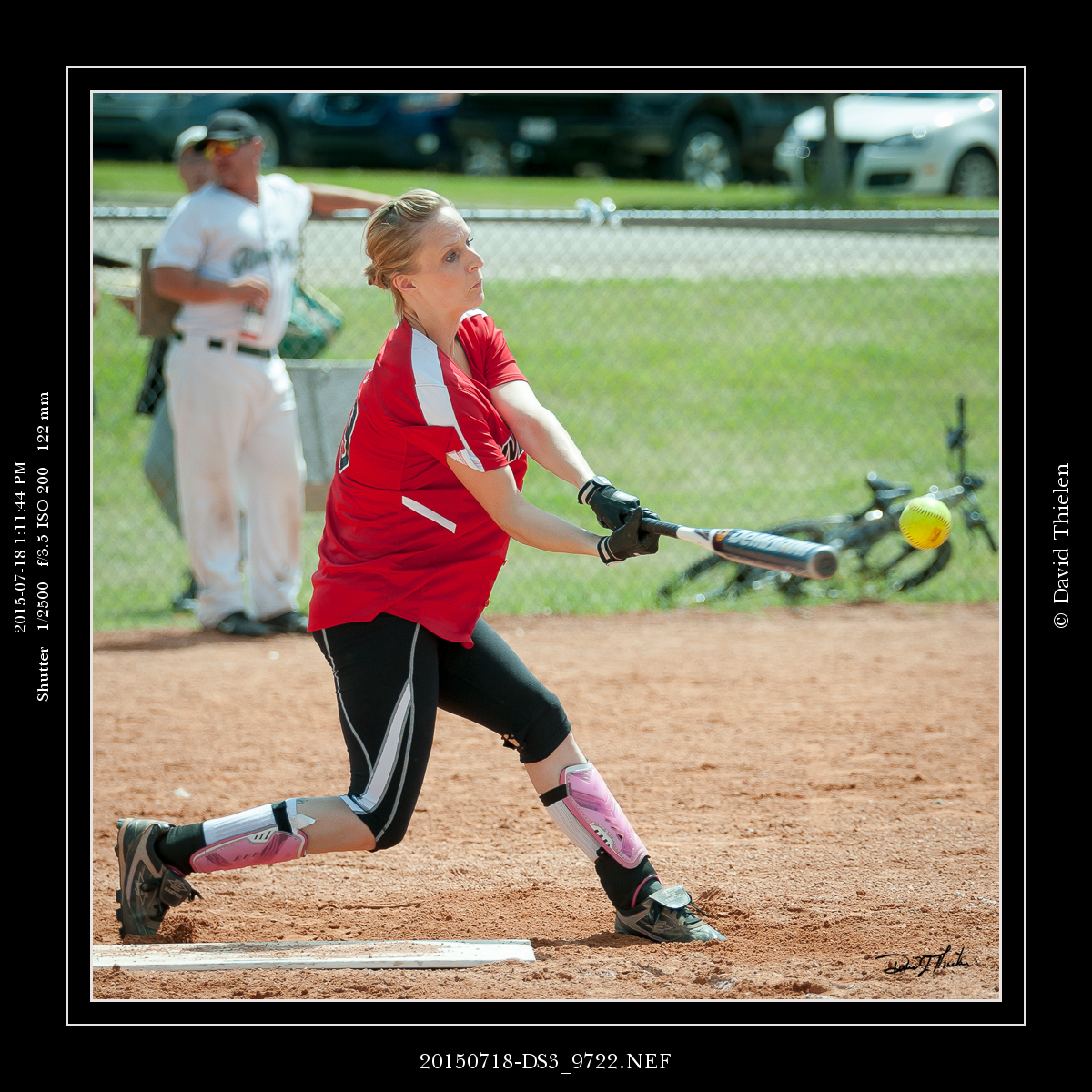